No.3
What “world” crossovers accomplish 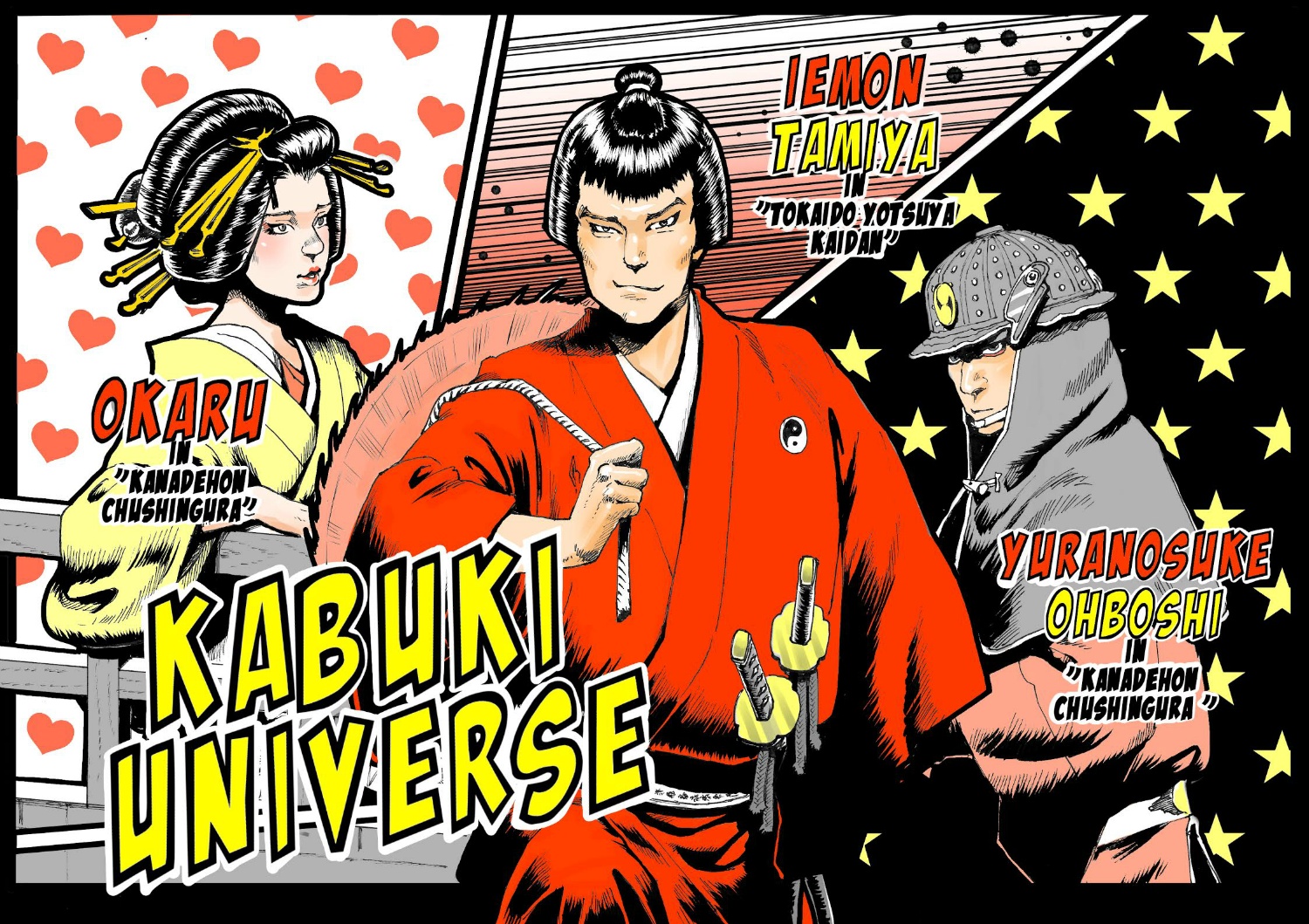 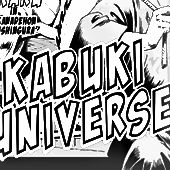 Thoughts on entertainment KabukiNo.3 -Part 2 of 2
What “world” crossovers accomplish

Part 1 of 2
. . .Continuation from the previous page

The number of sekai, “worlds,” used in a work is not limited to one.
There is a technique called naimaze in which playwrights combine multiple sekai.
A master at this was Tsuruya Namboku IV.
One of his best works, Sakurahime azuma bunsho (The Scarlet Princess of Edo) weaves together the sekai of Seigen Sakurahime, the sekai of Sumidagawa, and more.
Recently, I watched in a theatre the latest movie in the Marvel Cinematic Universe, Avengers: Infinity War. It occurred to me that this universe, arguably the pinnacle of the entertainment content the world has to offer, is also a splendid naimaze.
Marvel Comics has captivating superheroes and villains each playing a central role in their own sekai. At times, they cooperate or clash, entering each other’s sekai. Marvel calls these naimaze “crossovers.”
Further, the common sekai that makes these crossovers possible is called the “Marvel universe.” The movie version of that is, as should be familiar, the Marvel Cinematic Universe (MCU).

Iron Man, a rich man in high-tech armor; the Incredible Hulk, a giant with superhuman strength; Mighty Thor, in line to inherit a throne of the gods; Captain America, a military man revived after being frozen for years.
The sekai of these characters on different planes become naimaze under the umbrella of the MCU.
The foundation that makes this plausible as a live-action movie, not just as a comic, is not simply the great cause of fighting for Earth’s existence. Another common theme is that the superheroes have very human struggles and problems.
In Avengers: Infinity War, Tony Stark, who is Iron Man, communicates with his secretary and love interest Pepper Potts as he is entering the enemy’s spaceship to cancel dinner plans. Can we scoff at Tony’s pangs here as miniscule compared to Earth’s crisis? So it is with Hayano Kanpei in Kanadehon chushingura (The Treasury of Loyal Retainers), who was absorbed in his meeting with his lover Okaru at his master’s crucial moment.

There’s just a fine line between being a hero and being a trivial human. If we explore this further, it’s possible to be both at the same time, and, perhaps, the reality is that the line is not so defined.
Let’s take a look at Tsuruya Namboku’s Tokaido yotsuya kaidan (Yotsuya Ghost Story).
Kanadehon chushingura had become an instant classic, spawning many variations before the Edo period was over. Tsuruya used its sekai effectively.
Tamiya Iemon, who cruelly murders his wife and is later haunted, is actually one of the warriors who had belonged to the Ako Domain. Yotsuya kaidan was set as happening concurrently with Chushingura, and its first performance played the acts of one of these programs interspersed between the acts of the other.
In effect, it is a story of humans writhing as they are thrown about by selfish desires while they are also pursuing a great cause of avenging their lord.

Stories built as naimaze by finding consistency among multiple sekai fluctuate between opportunism and a breakdown of predetermined harmony. They are more worthy of mulling over than a story with a clean, straightforward narrative, and there is perhaps a feeling that it is close to our reality.
Maybe that is the secret to why Kanadehon chushingura, Tokaido yotsuya kaidan, and MCU movies have stories so far from reality but feel realistic.